Wake up!  NOW is the time of Generation X, Y and Generation Z, as they are now the leaders and the influencers of these Millennials. 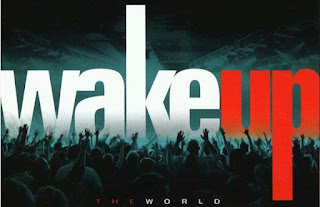 Wake up! Our generation did not have the various mediums to voice our frustrations, view the many social obstacles, or IG/tweet/snapchat about the various injustices like Generations X, Y and Z .... and now the Millennials!

Now is the time (Boomers and Busters) for us to Wake Up and pay attention to their message.

Do they need us to speak up for them? No, they know how to speak up and they are doing that very well.

But they do need us to show up, pay up and "stand up" for their right to be heard!

In late 2014, Shalaila Moore-Daniel read an article about a gentleman by the name of Kirk Odom. She was absolutely floored as she read it. The story, though it was one that spoke of a dark and flawed American Justice system, was one of victory: how one man, even in times of hopelessness, came out a survivor.

This prompted Ms. Moore to further research the issue of Wrongful Convictions among minorities within the US; the results were alarming, many of which I was unaware. The expression of her voice is being heard through the project "The Miscarriage of Justice”.  (Pls visit site to support)

Accomplished actor and activist Jesse Williams delivered a powerful speech Sunday night after receiving BET’s Humanitarian Award at the annual awards show. If you have not viewed his speech, you can view his speech here: Jesse Williams BET Award.

What moved me the most was not just the eloquence and passion with which Mr. Williams expressed his heart and the hearts of this generation.

What moved me, what woke me up?

I looked at those in the audience of this prestigious awards show and I saw Boomers and the Busters standing on their feet in support. I saw those who Woke up!

This time the Revolution IS being Televised. And it cannot be denied.
at 9:04:00 PM No comments: