Before you Walk Away

Recently, I read an impassioned writing by a young woman giving her thoughts regarding “4 Reasons To Quit Your Job To Be An Entrepreneur”.

Oh, how I wish I could sit down with her over coffee, my treat of course, to discuss her four points:

1. Recognition and R-E-S-P-E-C-T
“Yes, you want respect. You want to feel validated in a way thus far robbed by the corporate world or regular day-to-day job you live in.” 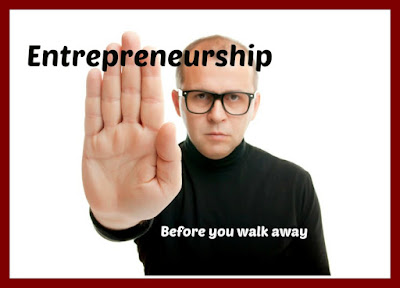 Well, my dear, the first person that needs to recognize, respect and acknowledge your accomplishments is YOU!  If you are needing validation now, you will find yourself chasing it for a long time.  Focus on walking out your destiny, then the recognition will come.  There is no greater respect than self-respect!

2. Control
“Most entrepreneurs finally take the plunge when they become sick and tired of not controlling their own destiny."

Control or do you mean “decision making”?

In entrepreneurship, yes the decisions are all yours!  Right, wrong, or indifferent the buck stops with you.  But, if it is actually ‘control’ you believe you have, think again. The new master and overseer of Control is called “Time”.

3. Freedom
"Wouldn't it be nice to work from the beaches of Costa Rica or the slopes of Aspen? Owing your own business – you can do pretty much whatever you want; whenever you want! "

Wow!  This does sound great!  But, back to Time…You must master Time, or Time will master you.   Yes, you have the freedom to work from the beaches of Costa Rica, but most likely your computer is with you to conference call back to the U.S.
With Freedom comes responsibility!  Responsibility is called Time-Management!

4. Financial Rewards
"Goodness – lest we forget the money and financial opportunities. Do you realize there is no better way to create wealth for yourself then by being an entrepreneur?"

Now THIS is true! Before you Jump, do your due diligence:

• Research - Identify your competitors; what makes you unique in this field?

• Personal Expenses - Along with rent, utilities, food, clothing, etc., be sure to factor in the costs of health and life insurance provided by your current employer.

• Business expenses - Along with your personal expenses, you will need money for the business.

• Identify Potential Partners - Who is your Tribe? Don’t try to go it alone.  You need people--the right people.

• Consider Your Strengths and Weaknesses – Honest assessment.  If you have trouble identifying them, ask somebody.

• Consider your work habits - Do you enjoy working on your own? Do you get lonely without others?

Entrepreneurship does offer a number of benefits.  Yet, with greater freedom, financial rewards, control and respect comes greater responsibility!

Remember, what you walked away from may not be where you left it if you need to go back.

You Are the Gift!

Have you ever found yourself in this place?

Wondering…Questioning ….Yearning for the time and opportunity when your unique gifting (talent) will be utilized in a capacity that not only impacts the lives of others, but also leaves an enduring imprint in the earth?

Yet, generally it is not your gifting that is being used. It's you. 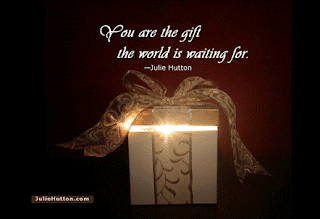 Now, before you clam up and shut down, let me explain.

The gift that you ARE works non-stop.  Its availability is predicated upon your intentional willingness to simply be available.  God has set within you an eternal "switch" (for a lack of a better word), that can be triggered at any given moment, and in any given circumstance.

The gifting (talent) that you HAVE works a little different. Its availability and use oftentimes comes through training, reading, studying, mentoring and life experiences.  Yet, even with all of these listed preparations, it still may not be put to use.

Don’t fret, your gifts will truly make room for you, in time. Most likely you are in the waiting period, also known as PROCESS, for gift development.  I am a witness that process generally creates great frustration, because it appears that what you have is not needed in your current place.

“So, what is the purpose of this gift that I have if it is never being used? "

To profit withal wherever and whenever God needs it.

When it seems God has shut you down in the arenas in which you just know your gift (talent) would be most useful, remember the gift was given to you by God, and He knows when and where IT will be used…so you won’t be.

The dichotomy is that at the same time that God halts the gift you have, he will create arenas that place the gift you ARE on full display.

Yes, because that gift you are is in a beautiful container with a bright bow on it, and it must be dismantled!  All will gather with anticipation as the gift is revealed.

Warning!  The container holding the gift may be unintentionally damaged during the opening, especially in young hands. Yet, no one considers the discarded container afterwards because it was not the focus. It completed its purpose, which was to contain the gift until it is unveiled.

So, don't retreat. Don't complain. Most of all, don’t count yourself out! Just continue to perfect your giftings (talents) through process, and the gift that you Are in obedience.

Is it hot in here?

You don’t feel that? Oh it's just me?  Another one, ugh! Stop tripping, it is only the Change. 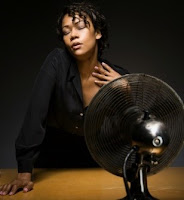 What exactly is a hot flash?  The exact cause may not be known, but science says that it happens when our reproductive hormones and our body's thermostat (hypothalamus), become more sensitive to slight changes in body temperature.

Wow…It seems my body is declaring the changes we see in this world today--And it is uncomfortable and it's HOT!

The Boomers, Busters Gen-X and Millennials: We all fit on the corporate body of America and the world, and wherever we sit on the timeline of life, one thing is certain…Change!

As a buster myself, I often fought with my Gen-X daughter to get a good “corporate” job.  Build that pension...maintain life insurance…GROW UP!!!!

What took me a while to see is she had grown up, but things had changed.  Gen-X was the generation that if they could not find a way in what the buster established, then then they would make a way--And make a way she did!

Many of the Gen-X billionaires are examples of those that found their own way:  Facebook's Mark Zuckerberg, Computer maker Michael Dell, Yahoo's Jerry Yang, and Google's Page and Brin.

Enter in the Millennial, who hate to be labeled that way!

Millennials…werk, werk, werk!  If Millennials don’t like what the establishment (usually a boomer or buster) have set in motion, then they will change it!

That is what you are supposed to do, right?  Protest, right? It worked before, so it will work again, right? So, they will do it big, do it fast, and be done!

So, why is it not working? Why aren’t the protests working?

Well, they are protesting against the boomers, and those old hormones don’t die easy.  Who can help them, show them?  Gen-X could definitely be that bridge for change, but wait, they already found their own way.

Yep...another hot flash! This one is a little longer and a lot bigger. Change.

Millennials ~ Tribes over Traditions that is their mantra! Who raised them? Where did this come from?

Is it because a two parent traditional family was not their norm, so they created one.

Now these Millennial families/tribes have crossed the traditional boundaries of culture, race, gender, and religion. 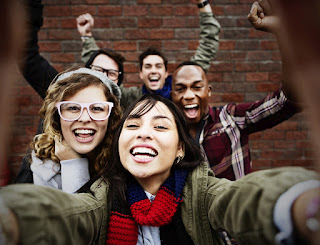 We will now see a white protestant woman protesting with signs that say “black lives matter”, because that is her family…her tribe.

Yes, change has happened, and one thing that is constant in life is Change!

For the last 8 years we have had an African-American president that represented this country and his race with grace and dignity.

Eight years ago there was a 16 year old boy or girl who is now 8 years older.  It will be their voice, their opinions, and their" truth" will set the stage for what is next.

I love the beginning of the New Year! It is a fresh start, a do-over.

Give yourself this gift: the privilege of embracing your fresh start with a fresh outlook and fresh ideas.

While thinking about this fresh start, I am reminded of certain super heroes and their superpowers: Captain America, the Flash, Ironman. It always seems that right at the 12th hour, the main character in the story gets a do-over. Just when everyone counted them out they rise to the occasion!

So in this story of your life, you may not know what the next chapter may bring, but one thing you do know--YOU ARE THE MAIN CHARACTER of this production.

2016 was relentless. There were so many we had to say goodbye to, and there are quite a few new people and situations that we have to embrace.

If you had known or if you had the opportunity to pre-read the plot of 2016, I am sure you would have… held them closer, removed it or them earlier, and/or committed to your purpose with greater passion. Most importantly, you would have held on to your own super Power! 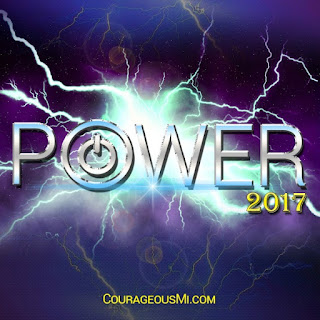 Power - the ability to act or produce an effect

Power – virtue of one’s own ability and resources through a state of favorable circumstances.

Power! Year after year we have given over our power to fears, doubts and insecurities--To people, situations and circumstances. No more!

As we sit down and create our vision boards, re-evaluate our vision statements for our families, our personal affairs and our businesses, we should first embrace ALL that 2016 brought to us.  2016 was necessary to bring you into a greater understanding of the next chapter in the story line of your life.

The fact that you made it to 2017 is proof of the untapped power within you. This year, together we will explore all our untapped potential and untapped POWER.

The story of your life just became more exciting.